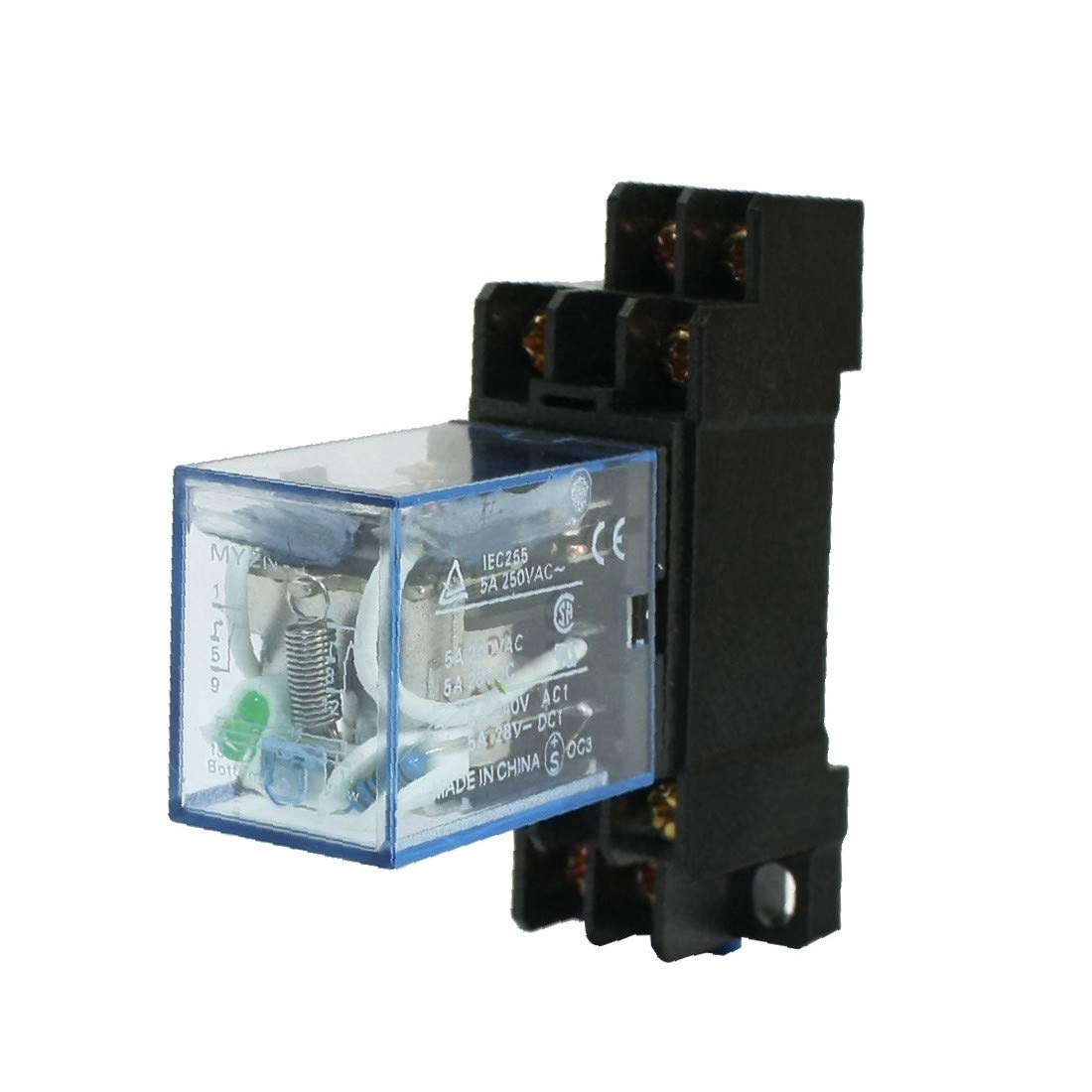 MY2N-J DC 6V Coil Green LED Power Relay 8 Pins DPDT 2NO 2NC w Base
This general relay designed with a terminal socket, plays the role as a protector or a circuit switch. It can protect your electric equipments very well.8 pin DPDT electrical relay is for general purpose.